Questions on global workplace equity best practices, pay transparency, and many other issues were addressed by the Syndio team during our recent “Ask the Experts: Workplace Equity Trends and Best Practices” webinar. The answers for select questions are below; you can read Part 1 here.

Our panel of experts featured Syndio’s:

Q: What are global organizations doing to address pay and opportunity equity?

A: Ritu explained that many global organizations are wondering how they even begin, with multiple currencies, pay policies, and legislation to account for, among other things.

“[A global pay equity analysis] can seem pretty daunting. It’s okay to start with a smaller focus and then scale.”

“Organizations worry: ‘Do we have to start all at once?’ Absolutely not, and that’s what we are seeing with various global organizations we work with: they start small, focus on what’s really important, and then scale. Companies that are not yet ready to do a full global analysis for various reasons can start by beginning to prioritize those countries where they have the most employees or perhaps the most active pay equity legislation. And after developing and defining their pay equity analysis process in those countries, they can then start to think about ‘How do we roll out a global program by onboarding other countries over time?’”

“While you can take a multitude of approaches, what we are seeing is that normally organizations do either a country-by-country analysis, or we create workspaces in Syndio’s Workplace Equity Platform with different permissions so that organizations can operationalize the uploading of data into different work spaces through different HRIS platforms.”

“For example, a colleague in France can have access only to the France workspace, while the core team could have access to all the workspaces globally. For countries with smaller work populations, for example, you can configure regional workspaces reflective of the movement of pay in that region while controlling for individual countries, in addition to other controls applied.”

Ritu also cited some early results from the 2022 workplace equity survey that Chris has been conducting for Syndio, which show that 20% of the organizations do analysis in each country, 35% do a global grouping schema, and 20% do both. And the balance of the companies surveyed so far are in the process of expanding from a subset of their population, which includes certain countries and not others, to a global analysis. It’s truly a journey in terms of starting small and then scaling, Ritu advised.

A: “In the UK, the average or median pay gap statistics that appear in the UK gender pay gap report and in so many other reporting regimes across Europe are in my opinion, a rather blunt instrument,” Ritu responded. “They are often about pay, but not purely about pay equity. They assess the differences in level and function, but do not actually pinpoint with specificity where the gap exists.”

“If you really want to get serious about closing the pay gap, which a lot of Europeans are currently talking about, companies need to truly examine and close those pay gaps. But they also need to start assessing whether they’re creating diverse representation throughout all levels of the company, assessing how opportunities are made available, and whether women are concentrated in lower paid segments of the business. And of course, there is not ‘one size fits all’; gaps cannot be closed overnight. It truly takes dedication and consistent work to achieve and maintain this pay and opportunity equity.”

Q: What’s your take on paying in USD versus local currency for staff outside the U.S., particularly in countries where the local currency fluctuates sometimes wildly against the USD and affects buying power?

A: “That’s why organizations have to use technology, a platform that allows you to conduct country by country analysis,” Ritu advised. “I’m not saying global reporting and analysis shouldn’t be done; it absolutely should be. But using a technology that allows you to do that will then enable you to also ensure you can examine how your pay is managed at the country level. And advanced technology such as Syndio’s allows for that flexibility to conduct in-depth analysis across different compensation elements and apply both universals, which is global, as well as controls that are more locally relevant.”

“Country-level analysis then allows organizations to say, ‘How do we make sure we meet some of these currency requirements and local reporting requirements, and configure workspaces to conduct analytics for local legislation as well?’”

Chris pointed out that as a labor economist, he would say that the compensation package itself is not that important; what matters is what the employee can do with it. As an example, he mentioned a friend who took a position in Tokyo who was getting paid in yen. When the yen weakened against the dollar significantly, that was a pay cut for the employee. “I think it’s tricky for both employees and employers to get it right,” he concluded.

Q: ESG has been in the news a great deal lately, with Elon Musk talking about it. Is it here to stay, or is it a flash in the pan?

A: Ritu responded that as she and her team speak to more organizations in Europe who are headquartered in Europe, the team hears them say, “As much as we want to do things because there is regulation and legislation, we really want to be able to talk externally about the ‘S’ in ESG. The social impact we’re having both externally and internally for our employees is important.”

But also, she said, the European Financial Reporting Advisory Group (EFRAG) also recently announced the release of its draft of European Sustainability Reporting Standards, laying out the various reporting requirements for EU companies regarding ESG risks and opportunities as part of the EU’s Corporate Social Sustainable Reporting Directive.

“Often when you speak to leaders in the organization, they have a great feel for what the ‘E’ is,” Ritu explained. “They have a great idea of what the ‘G’ is, but often they struggle with the ‘S’ and they say, ‘Oh, let’s scramble towards getting some engagement data or some DE&I numbers.’ That’s why it’s becoming even more critical that EU ESG reporting requirements include asking organizations to focus on the ‘S’ perspective, to require that companies disclose the male/female pay gap. Also important are the actions taken; so it’s not just about reporting the gap, but what actions are you taking to reduce the pay gap and any contextual information necessary to understand the data and how the data has been compiled?”

“If you want to be the employer of choice, if you want to create a really good employer brand, you’ve got to be able to talk about the ‘S’ in ESG.”

Q: ​​How are you seeing employers with a global workforce address pay transparency? For example, in the U.S./EMEA, pay transparency is a hot topic and becoming expected from employees/candidates. However, we hear from our partners in APAC that the concept is not mainstream.

A: Ritu explained that we are seeing a global cross-pollination of workplace equity laws. “The new EU directive is aimed at ensuring that the right to equal pay is upheld across all member States. It’s only just the beginning, but it’s a tipping point, and every single EU member state will need to start thinking about it. And within two years, all member states will have to implement the legislation in national law. So 2024 is the likely date for implementation across all member states as well.” The EU directive will require that companies put the pay scale on their jobs, which is similar to what is happening in the U.S., too.

Ritu also said she is seeing other pay transparency laws around the globe. These generally take the form of public pay reporting.  Australia and Japan are both coming out with pay reporting acts that require greater transparency.

“So it’s beginning to happen,” she said. “It’s going to be slow in Asia Pacific, particularly if you think about India, or China, but certainly in Australia and Japan, it’s already happening. And in Europe, many countries, including — Australia, Austria, Belgium, Denmark, Germany, Ireland, Spain, Finland, France, Italy, Portugal, and Sweden — have now adopted legal frameworks on pay reporting transparency, and more are considering adopting them.”

Chris added, “I think that there’s one thing I’ve taken away from doing this work globally is that it isn’t a lift and shift. There might be different dynamics at play in compensation in Japan than in the U.S., for example, so you need to account for that. Companies should tailor the model so that it’s really capturing and accounting for the differences in pay practices and policies. And your practices and policies may be different based on cultural differences and cultural readiness.”

“Don’t just plan on taking your U.S. policy and doing the same thing in Singapore, because it’s a different context,” Chris said. “You’ll want to localize it not only from a statistical perspective, but also from a cultural perspective. I would advise being really thoughtful and working with the local team to figure out what’s going to resonate with folks and what’s going to be meaningful.”

Maria added, “I think what we’re hearing from folks, as pay transparency legislation continues to accelerate in the U.S., is that the median pay gap requirements from the around the globe are starting to influence us over here. Very recently, the California Senate passed their pay transparency bill, which is currently making its way through the Assembly, with a component requiring publishing the U.S. pay report data and also reporting the median pay gap to the state. Activist investors here in the U.S. are starting to push for disclosure of the median pay gap.”

“I hear from leaders thinking about the requirements on the pay transparency piece of posting ranges that whereas they started with an approach of jurisdiction by jurisdiction, once this passed through Colorado, then New York City; Washington State; Jersey City, New Jersey; Westchester County and Ithaca, New York; they’re now looking at this from a national perspective,” Maria said. “And I think it begs the question, if you’re a global organization, you know that folks are going to be able to have visibility to job postings even if the jobs are U.S.-based. So we are seeing much greater acceleration around transparency in general.”

Ritu agreed.  “I was speaking to a CHRO of a global, European-headquartered organization just last week, and their position is, ‘It doesn’t matter whether we are European-headquartered, we have employees globally. So whether there is regulation or not, we have to do the right thing as an organization, both for the business and for our people. We have to begin thinking about transparency and trust, not just for our employees where there’s regulation, but rather globally, because every employee wants that trust and transparency.’”

This is a brief summary of a portion of the global workplace equity best practices shared by the team in the webinar. Want more?

Watch the On-Demand Webinar Read Part 1
The information provided herein does not, and is not intended to, constitute legal advice. All information, content, and materials are provided for general informational purposes only. Links to third-party or government websites are offered for the convenience of the reader; Syndio is not responsible for the content on linked pages. 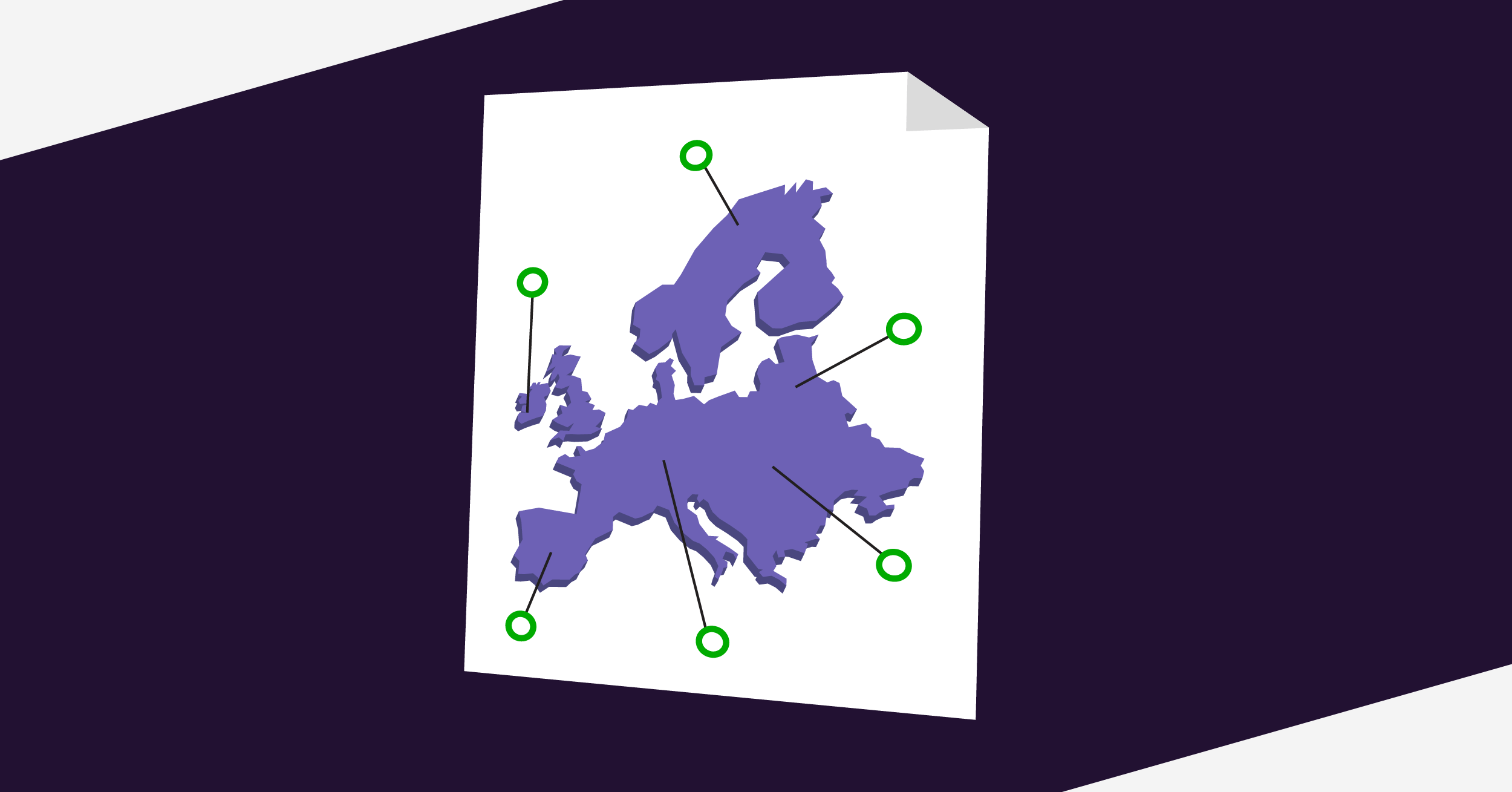